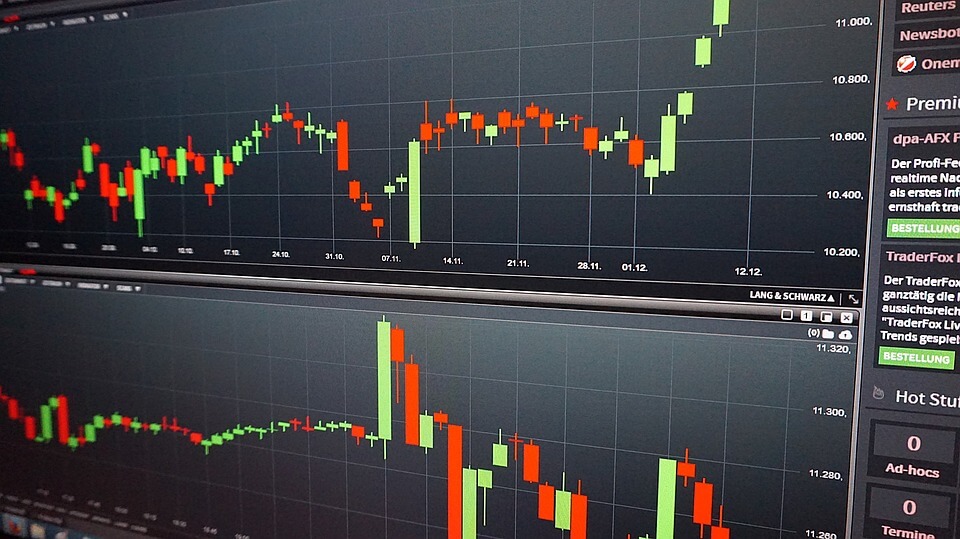 How To Read Cryptocurrency Charts For Beginners

Crypto charts are graphical representations of historical prices, volumes, and time intervals. The charts form patterns based on past price movements of the digital currency and are used to identify investment opportunities.

If you’d love to learn from a practical demonstration, do well to watch the video below to the end.

Why reading cryptocurrency charts is essential for traders

Reading cryptocurrency charts is essential for traders to find the best opportunities in the market, as technical analysis can help investors spot market trends and predict an asset’s future price movements.

Technical analysis refers to the analysis of statistical trends collected over time to understand how the supply and demand of a particular asset will affect its future price changes. Reading cryptocurrency market charts can help investors make informed decisions based on when they expect the ups and downs to end.

A bullish move refers to a bullish price move driven by bulls who are the buyers of an asset. A bearish move is a downward movement in price that is trampled by bears, the sellers of the asset. Technical analysis can help traders assess trends and price patterns on charts to find trading opportunities. The best crypto charts will help you monitor market movements, but they come with a few caveats.

What is technical analysis?

“Technical” refers to the analysis of past trading activity and changes in an asset’s price, which technical analysts say can be useful predictions of an asset’s future price movements. It can be used for all assets with historical trading data i.e. H. Stocks, futures, commodities, currencies, and cryptocurrencies.

Dow’s ideas were written into a series of editorials published in The Wall Street Journal, and after his death, they were compiled to develop what is now the Dow Theory. It is worth noting that technical analysis has evolved over years of research to include the patterns and signals we know today.

The validity of technical analysis depends on whether the market has evaluated all known information about a particular asset, meaning that the asset is fairly valued based on that information. Traders who use technical analysis, who use market psychology, believe that history will eventually repeat itself.

Technical analysts can incorporate fundamental analysis into their trading strategy to determine whether an asset is worth approaching and supplement their decisions with trading signals analysis to know when to buy and when to sell in order to maximize profit. Fundamental analysis is the study of financial information affecting the price of an asset to predict its potential growth. For a company’s stock, fundamental analysis can include analysis of earnings, industry performance, and brand equity.

Dow Theory and the Six Principles of Dow Theory

Charles Dow helped create the first stock market index in 1884. The creation of this index was followed by the creation of the Dow Jones Industrial Average (DJIA), a price-weighted index that tracks the 30 largest publicly-traded companies in the United States. Dow believed that the stock market is a reliable means of measuring business conditions within the economy and that through its analysis it is possible to identify key market trends.

The Dow Theory underwent some changes thanks to input from several other analysts, including William Hamilton, Robert Thea, and Richard Russell. Over time, some aspects of Dow’s theory weakened, including the focus on the transportation sector. Although traders still follow the DJT, it is not considered a primary market index while the DJIA is.

The theory consists of six main components known as the Six Principles of Dow Theory. Let’s look at them individually in the following sections.

The market reflects everything

The first principle of Dow Theory is one of the central tenets of technical analysis: that the market reflects all available information into asset prices and values ​​that information accordingly. For example, if a company is expected to report positive earnings, the market will value the asset upwards.

The principle approximates today’s Efficient Market Hypothesis (EMH), which states that asset prices reflect all available information and are traded on stock exchanges at fair value.

There are three types of trends in the market

There are also tertiary trends, which usually last a week or a little over a week and are often considered just market noise that can be ignored as they don’t affect long-term moves.

Traders can find opportunities by examining various trends. For example, during a primary uptrend, traders can use a secondary downtrend to buy an asset at a lower price before it continues higher. Spotting these trends is difficult, especially given the Dow Theory which states that primary trends have three phases.

The first phase, the accumulation phase for a bull market and the distribution phase for a bear market, precedes a countertrend and occurs when market sentiment is still predominantly negative in a bull market or positive during a bull market. During this phase, smart traders understand that a new trend is beginning and either collect before an up move or distribute before a down move.

The second phase is called the public participation phase. During this phase, the broader market recognizes that a new primary trend has begun and begins buying more assets to take advantage of bullish price moves, or selling to cut losses on bearish moves. In the second phase, prices rise or fall rapidly.

The last phase is called the excess phase during bull markets and the panic phase during bear markets. During the flood of panic phase, the general public keeps speculating while the trend is about to end. Market participants who understand this phase start selling in anticipation of a primary bear phase or buying in anticipation of a primary bull phase.

While there are no guarantees as to the consistency of these trends, many investors consider them before making their decisions.

The indices must correlate

Trends are valid until a reversal is clear

Finally, the sixth principle of Dow Theory suggests that trend reversals should be treated with suspicion and caution since reversals in primary trends can easily be confused with secondary trends.

What are candlestick charts?

Cryptocurrency market trends can be viewed and analyzed in a variety of ways, with different types of charts available to traders. Crypto candlestick charts offer more information due to the nature of candles.

Crypto candlestick charts show time on horizontal access and private data on the vertical axis, just like line and bar charts. The main difference is that candlesticks show whether the market price movement has been positive or negative over a given period and to what extent.

Cryptocurrency market charts can be configured for different time frames, with candlesticks representing this time frame. For example, if a cryptocurrency trading chart is set to a four-hour timeframe, each candle represents four hours of trading activity. The trading period chosen depends on a trader’s style and strategy.

Similarly, a candle where the body takes up almost all of the space and has very short wicks can mean there is strong bullish sentiment when it’s green, or strong bearish sentiment when it’s red. On the other hand, a nearly disembodied candle and long wicks signal that neither buyers nor sellers are in control.

READ MORE: Shilling NFT: Meaning, Why and How To Shill NFT Fast

Reading live crypto candlestick charts is easiest when using support and resistance levels that can be identified using trend lines. Trendlines are lines drawn on charts that connect a range of prices.

Support and resistance levels can be identified using trend lines as they make it easy to identify crypto chart patterns. An uptrend line is drawn using the lowest and second-lowest lows of a cryptocurrency over a given time period. Levels touching this trendline are considered support.

Oftentimes, the price of a cryptocurrency can move sideways within a reasonably stable range. For example, between September and November 2018, Bitcoin (BTC) traded between $6,000 and $6,500 before falling to $3,200 in December 2018. In this case, resistance levels are at the top of the range while support levels are at the bottom of the range. . A breakout can occur when the price of the cryptocurrency falls below this range with a strong move, or a breakout when it rises with a strong price move.

What are moving averages?

A moving average (MA) is one of the most commonly used types of technical indicators and it essentially cuts out the noise by generating an average price for a specific cryptocurrency. Moving averages can be adjusted to time periods and provide useful signals when trading live cryptocurrency charts.

There are different types of moving averages used by traders. A simple moving average (SMA) simply adds up the average price of an asset over a given period and divides it by the number of periods.

Moving averages are lagging indicators as they are based on past prices. Traders often use moving averages as signals to buy and sell assets, with the periods depending on their time frame.

Here we will look at some other popular technical indicators.

The balance volume indicator is a technical indicator that focuses on the trading volume of a cryptocurrency. It was founded by Joseph Granville on the belief that trading volume is one of the main drivers of price movements in the markets.

The OBV is a cumulative indicator that rises and falls based on the trading volume of the days included in a given period. It is used to confirm trends as traders should see rising prices accompanied by rising OBV when analyzing live cryptocurrency charts. Falling prices should be accompanied by a falling OBV.

OBV is calculated in several ways as follows:

Moving Average Convergence Divergence is an indicator that measures the difference between the 12- and 26-day EMAs to form the MACD line and is used to identify buy and sell signals. It is an oscillator, which means it is an indicator that oscillates above and below a central line.

When the 12-day EMA breaks below the 26-day EMA, the MACD shows a sell signal, while the opposite signals that it is time to buy the asset in question. The greater the distance between the two lines, the stronger the MACD value!

The Relative Strength Index (RSI) is a momentum indicator used to measure whether an asset is overbought or oversold. The RSI is plotted as an oscillator, which is a line between two extremes and can range from 0 to 100.

Bollinger Bands parameters can be adjusted, with the bands expanding and contracting based on the price of the cryptocurrency. The bands show periods of greater or lesser volatility and should not be used in isolation, but used with other indicators as well.